In 2013 it was estimated that 840 million people were at risk of being infected with malaria and developing disease in sub-Saharan Africa. WHO African Region wanted a look and feel, mapping techniques and information design that reflected the weight of the state of malaria on the continent as well as the resistance to malaria interventions.

To produce an interactive atlas for print and digital use that will inform African countries, as well as the international community, on the status of resistance and on the future of malaria control in Africa.

We put together an atlas that visualises the status of insecticide resistance in malaria mosquitoes for the WHO Regional Office for Africa.
‍
Our process started with cleaning up and thoroughly checking the big datasets with region-wide results from WHO’s researchers. Thousands of survey locations were checked and plotted using Tableau and Mapbox. For each country, several graphs were created that show detailed insecticide resistance data.
‍
For the atlas, we designed several look-and-feels, as well as different options in visualising the data. Based on the chosen style, the full 180-page atlas was then laid out and all maps and graphs designed and checked thoroughly by technical experts.

Interactive atlas
Satellite imagery was used and around 40 region-wide maps were developed showing the trends in insecticide resistance. 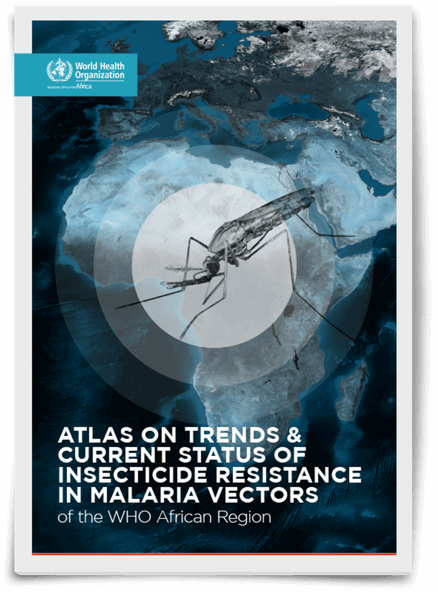 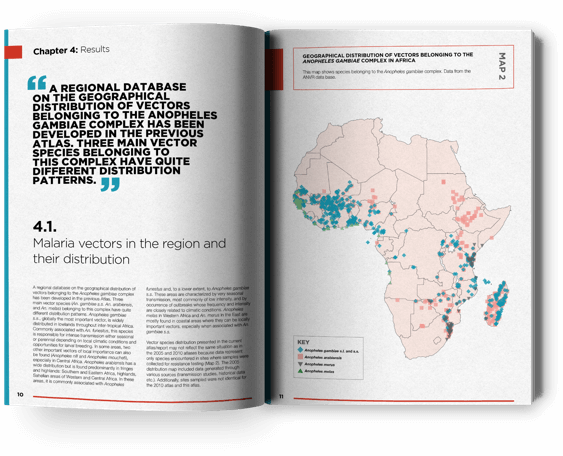 Data visualisation
‍Several options were created to visualise the data, for the whole African region as well as specific countries.

Report
‍We created a 180-page report (including 40 maps and approximately 100 graphs) that was printed and used across digital platforms. 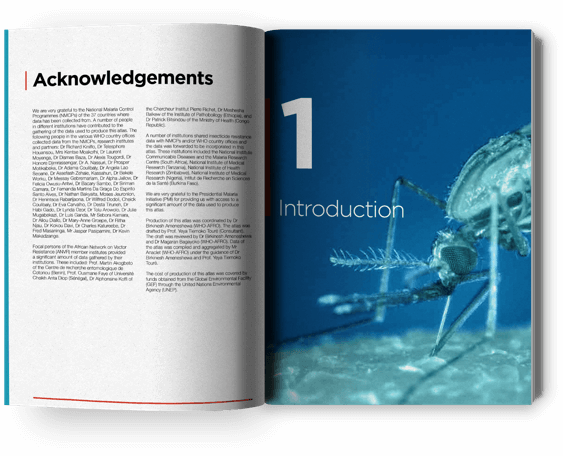