Mercury is one of the top 10 chemicals most dangerous to human health and the environment worldwide. The poor handling and disposal of such products can damage ecological systems and human health. The Minamata Convention, which came into force in August 2017, is a global treaty that aims to protect human health and the environment from anthropogenic emissions and releases of mercury and mercury compounds. To ratify the Convention countries need to undertake assessments that provide baseline information of their current situation.
‍
The World Health Organization Regional Office for Africa (WHO-AFRO) has been supporting seven countries in West Africa, namely Benin, Burkina Faso, Guinea, Mali, Niger, Senegal and Togo.

To communicate on the use and management of mercury in the health system in six West African countries, as part of the Minamata pre-ratification process.

Lushomo created a range of communication materials on the use and management of mercury in the health system in West Africa.

Publication
‍We were provided with in-depth research reports and survey data in French on the use and management of mercury in the health system for each of the six countries that had completed their health assessments. We went over each of the reports, drawing out the most important information. Then, in consultation with the WHO and researchers, we developed annexes and asked researchers to provide additional information. We then wrote the report and created visuals to explain key data. 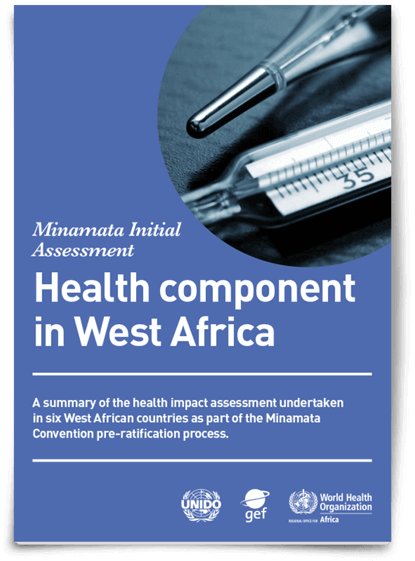 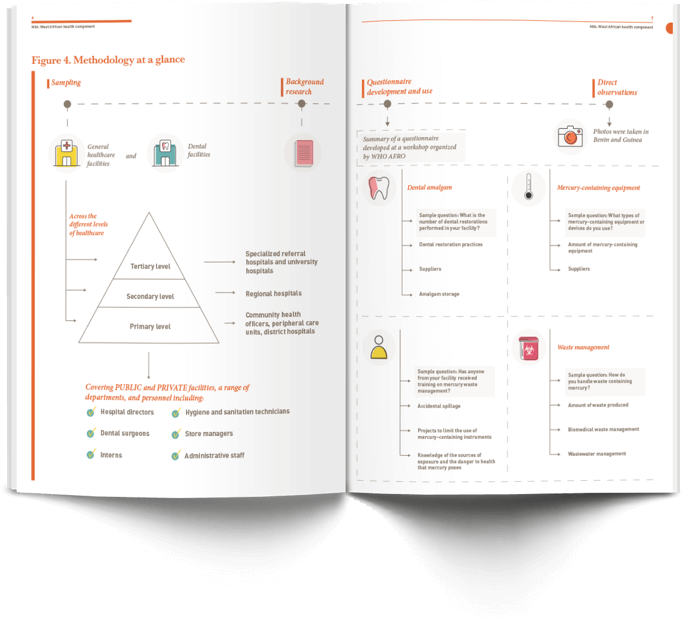 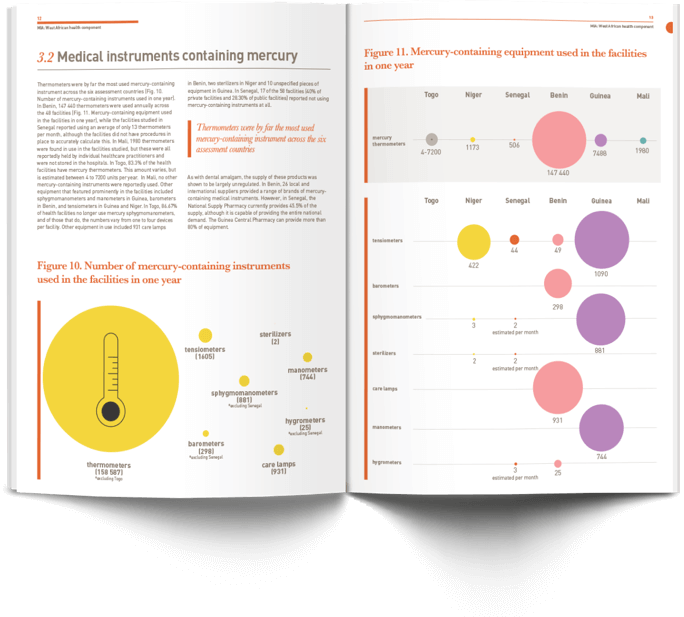 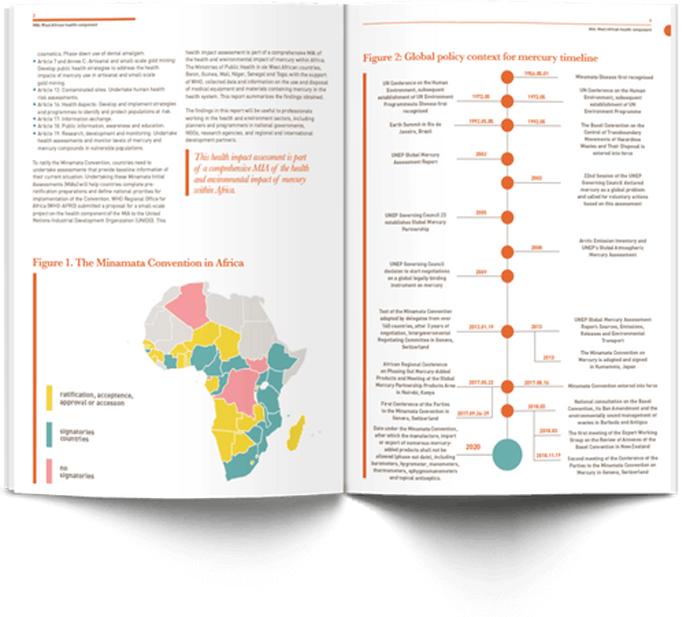 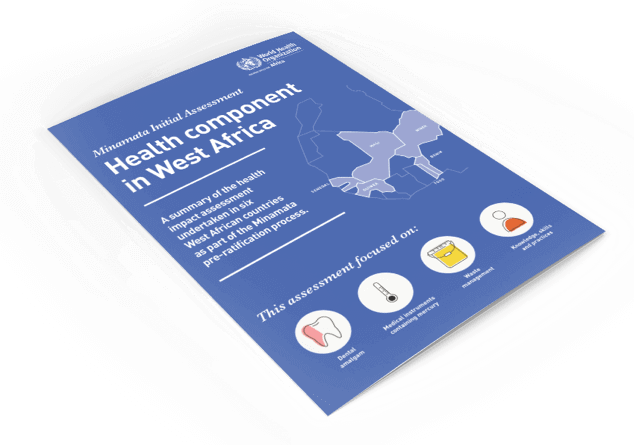 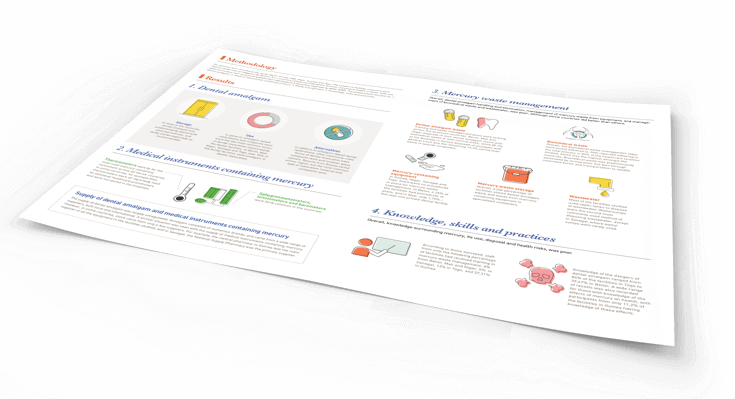 Brochure
‍Information was condensed and further summarised in a brochure for a meeting on the Minamata Convention in Africa.

Presentation
‍A presentation was developed for the same meeting, drawing on the key messages from the report. 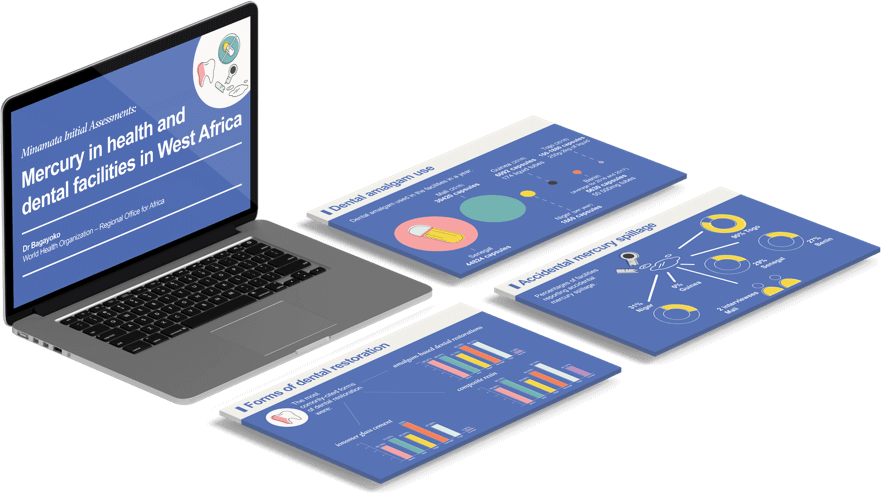 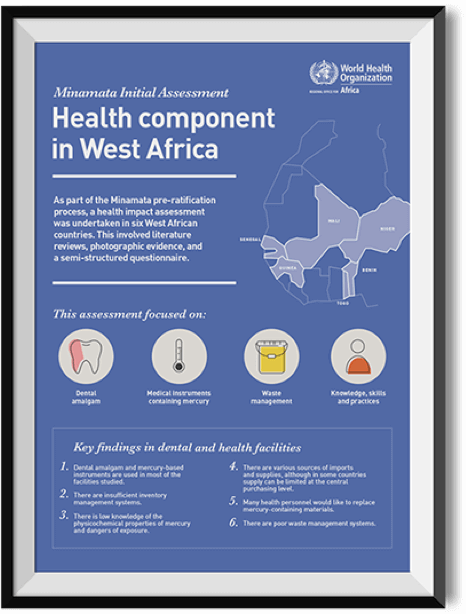 Poster
‍We also created a poster that introduced the Minamata Initial Assessment for participants of conferences and related events.