To communicate the work and findings of GPEDC through a summary report, country reports, an animation and additional graphics.

We helped communicate GPEDC’s work and findings on development cooperation through a number of different graphic-rich mediums. We produced 79 four-page country reports, an animation, and a series of one-page infographics.

We provided a number of look-and-feels for each of the products, and further developed the chosen styles.

The country reports were laid out in English, Spanish, and French. The 10 pages of graphs were produced in the UN style of GPEDC’s 2016 report.

Infographics
‍The summary report was rich in graphics and explained the key findings from GPEDC’s extensive 2016 report in a visually appealing way.. 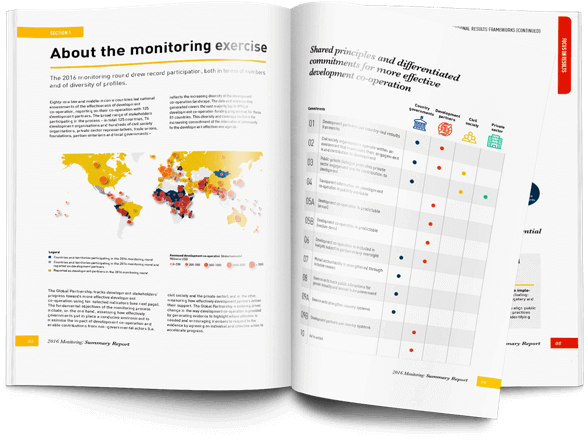 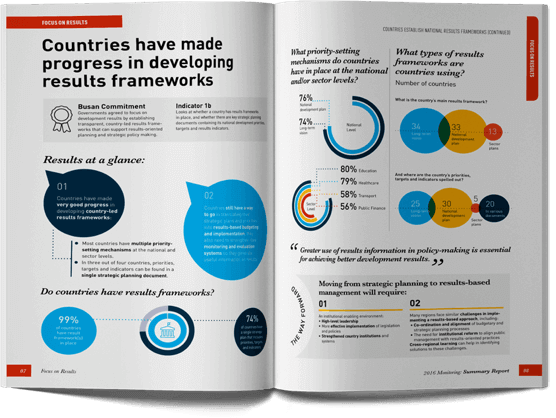 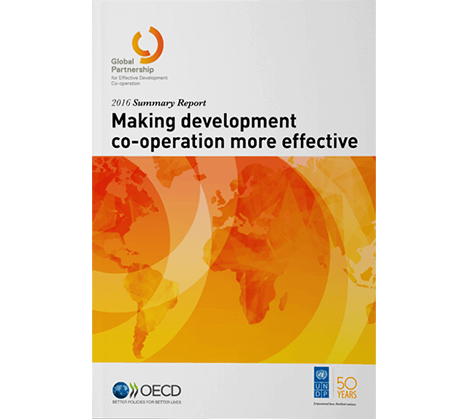 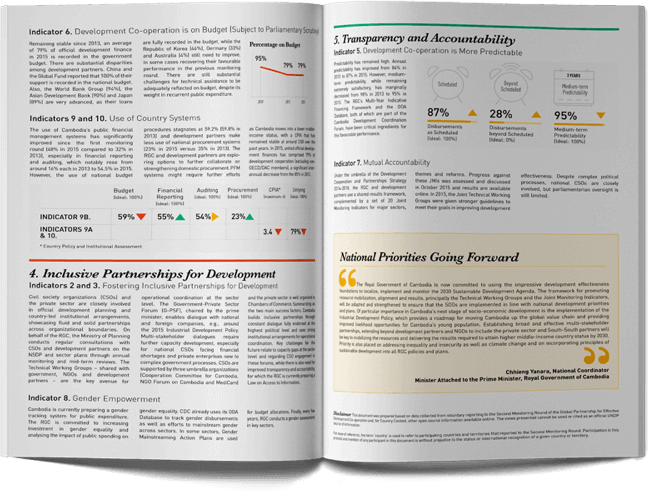 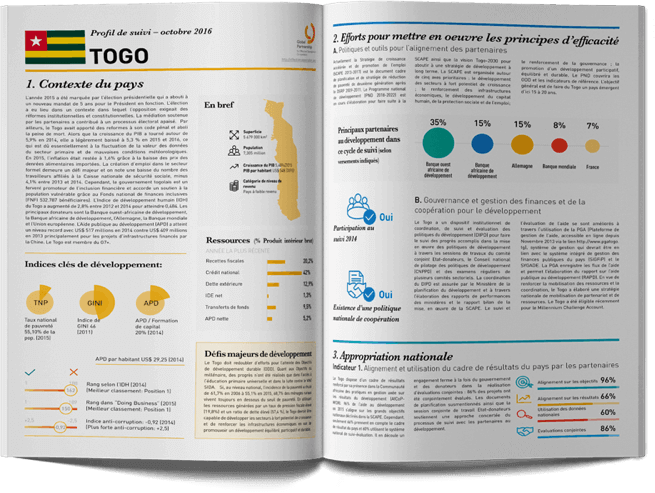 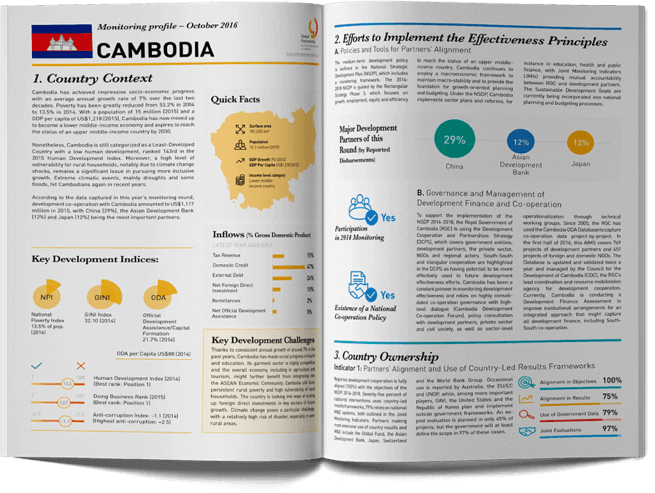